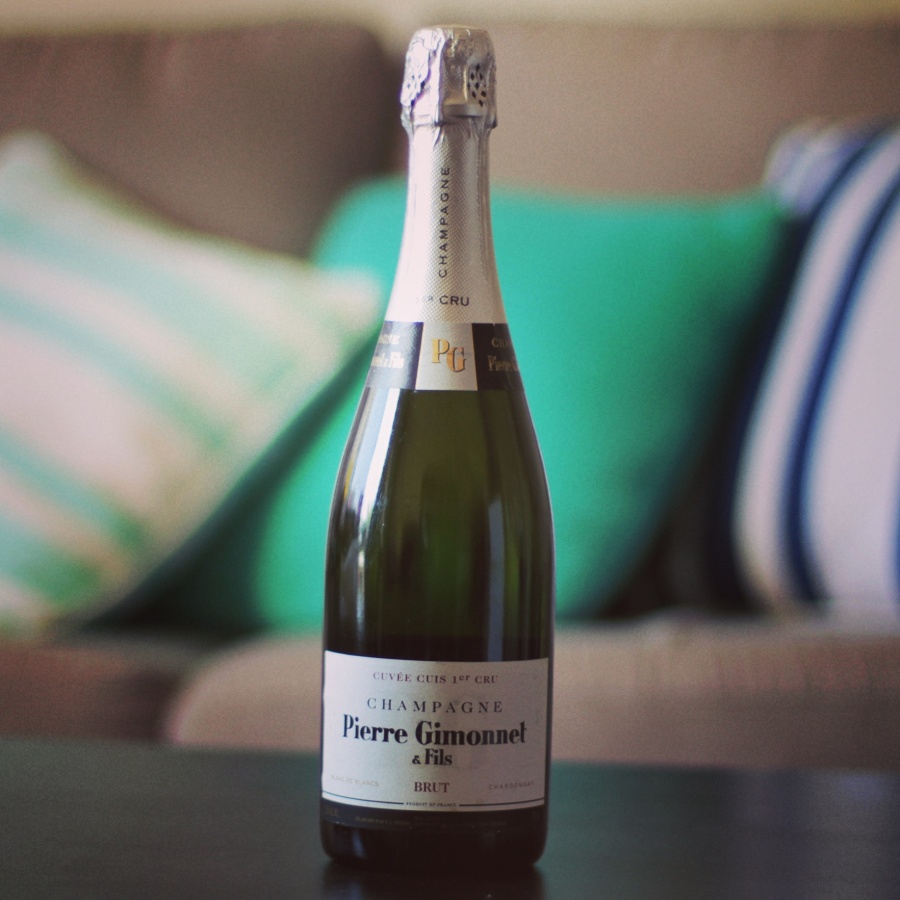 While the family has had its roots in growing grapes since around 1750, the wine making side of Gimonnet was founded in 1935 by Pierre himself. The modern house escalated from 1955 under the passionate watch of his son Michel, who passed on in 2008. Today it is maintained (also passionately) by his sons Didier and Olivier.

The house’s mastery lies completely in Chardonnay (they almost only make Blanc de blancs), and they own 28 hectares of it throughout the entire region. Each wine is a precision blend of the differing chardonnay flavours acquired from each parcel of land – with variations created by soils, climate & aspect.

Even more impressive is the quality and use of stocks on hand. For example; the Cuis 1er Cru reviewed today is the house’s entry level NV created completely from vintages of 2008 and earlier – when Michel Gimonnet was still with us.

Almost 185,000 bottles were produced. If searched for diligently, a few can still be had – amazingly for much less than $100.

Also impressive; some of the higher echelon champagnes of PG – such as it’s awesome Special Club – can be sought out for less than $150 (which is why I have one on order!).

Cost & Source: $60-70 a bottle available from Vintage Cellars and other specialised wine merchants

Smell: PG has a nice candied, preserved lemon notes, with a trace of the yeasts of fermentation showing through.

Taste: PG Cuis 1er Cru’s foam lands on the tongue with a light toasted honeyed flavour, before giving way to some zingy lemon notes synonymous with Blanc de Blancs. It has a really deep hit of flavour.

The citric drive is supplemented by some slight mature apple, and pepper notes, which don’t detract from the enjoyment.

Its well balanced, at no point does it tip into being over acid or get watery.

It has a medium length impression on the tastebuds.

Party Potential: While not to everyone’s taste, Blanc de blancs are wines best matched with lightly salty, fresh canapes such as fish, shellfish and chicken. A carton of PG would serve very well as the opening drink of any party with finger food built to match. Its also awesome on its own. For those extra compliments of your wine selection skills, a bottle of PG Cuis 1er cru is a great offering to your next quiet BYO.

As a Gift: Similar to the Orban and as with most Recoltants, gifting should typically be done for your closest wine aficionado.

At Home: A bit too rare to crack open at home without good company to share it with.

Family oriented and grounded, with humble origins and none of the pizazz and fame of others about town. However, they are exciting to spend time with – the real deal. You won’t be disappointed.

At $70 I feel it is good value for the quality.

On a birthday celebration!